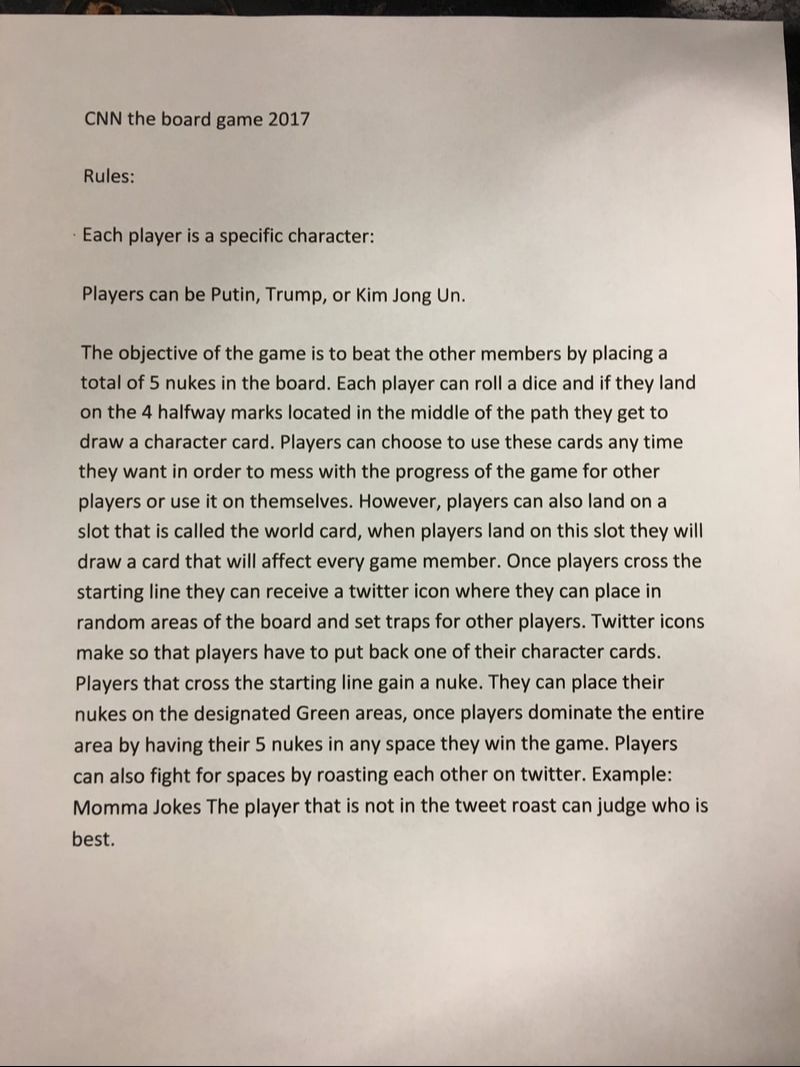 New Rule
There can be up to 4 players, the goal of the game is to fill up the green area with a total of 10 nukes to gain world dominance. Players start with one character card and a Twitter token. Character cards can be used simultaneously on yourself or on other players at any time. Twitter tokens can be placed on the board as a trap to remove character cards from other players if they land on the tokens, this also applies to the player that placed the Twitter token if they land on them. Once a player lands on a space with a Twitter token that token is removed from the board and placed on the pile. If a player lands on a roast space they can roast another player to remove a nuke from the green area, players roasted can roast back and they can keep their nuke on the board. Players not participating in the roast are judges. If a player lands on a world card space they draw from the world card deck and all players are affected. 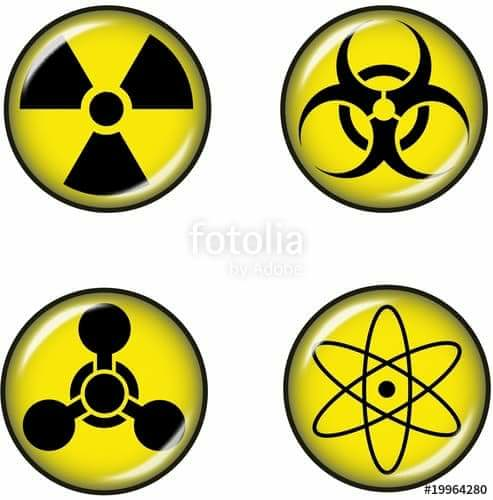 10 nuclear tokens for each player. Four different types of symbols so that players can identify their own nukes.
​
Direction
Twitter token spaces
Roasts need work
Roast pictures: awkward pictures of political leaders
Need more ways to get nukes on the board

The new rules and examples of what each card/token dose

Roast: The way that the roast space works is that if a player lands on the roast spot they can challenge the nuke spaces of other players in the board by having both players roast a political figure. The two players that are playing the roast game must roast a picture of a politician from the roast pile. The player who is not playing will judge who made the better roast. If the player challenge someone for their nuke spot and they win the roast, they get to remove the opponents nuke from the nuke space and place my own nuke. If they do not win the roast the opponent may keep their nuke in the nuke spot and the game continues.

New rule
If a player lands on a roast space they can challenge another player for their nuke space, both the challenged player and the player that landed on the roast space must draw from the roast pile of cards. The roast cards will be used to roast an image of a politician. The players who are not included in the roast choose a winner based on which roast card is the funniest. If players cannot decide on a winner they can redraw a roast card and an image and roast again until a winner is chosen